Between cities of art, food and wine

Montebello Park is located in territories there were ruled by Countess Matilda of Canossa between the eleventh and twelfth century. In the area are many fortifications, which were built to protect the territory from invasions from the plain. Such fortifications include the castles of Canossa, Bianello and Rossena.

Our town, Quattro Castella, takes its name from four castles that were built respectively on the hills of mounts Vetro, Bianello, Lucio and Zane. Our park is crossed by the old road that led from Reggio Emilia to Canossa, passing through Quattro Castella and continuing through Val d’Enza and the foothills of the Apennines. Many people still take this road on foot, on horses or mountain bikes. 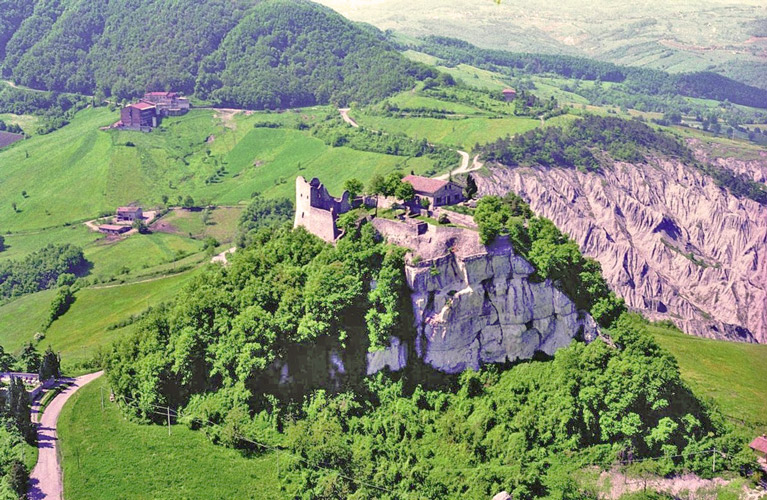 The castle of Canossa is the most well-known castle of Reggio Emilia. Today, only a few walls remain on top of a hill, but it was once the residence of Matilda of Canossa. In Canossa, which is 15 minutes from Park Montebello, Emperor Henry IV reconciled with Pope Gregory VII in January 1077, which was a critical moment in the political power struggles between the Catholic Church and the Empire. 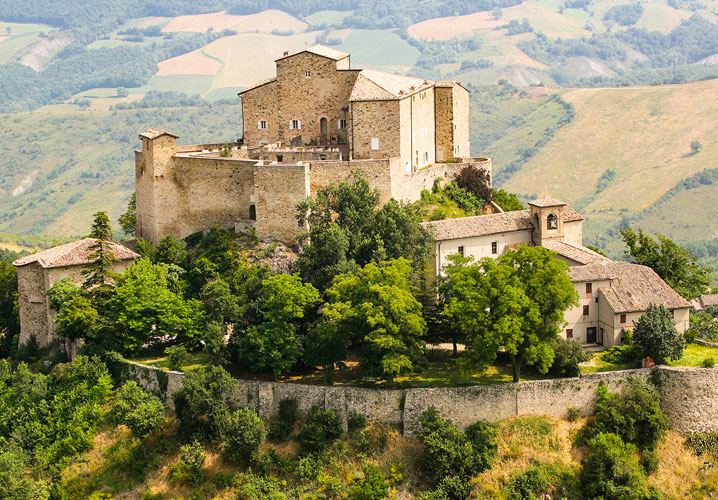 In the village of Rossena, there was a mighty castle, perhaps the most beautiful and best preserved in the entire area formerly ruled by Countess Matilda. In the eleventh century, it belonged to Boniface of Canossa, and in the thirteenth century, it was appropriated by the Da Correggio family, who kept it until 1612, when it was included in the Duchy of Parma, and in the first half of the nineteenth century, Duchess Marie Louise ruled these lands and lived in the castle. 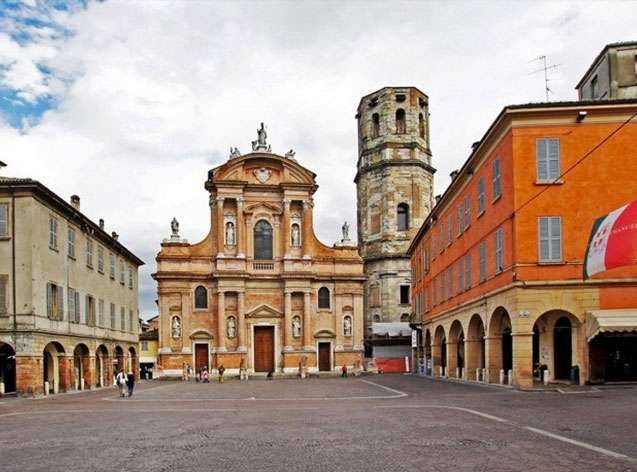 The city of Reggio Emilia, which is 15 km from the Park, was founded by the Romans, and, although it is unknown when exactly it was founded, we know that the city already existed in 187 BC. In the Middle Ages, it was first a free commune, then it was ruled by the House of Este and became part of the Duchy of Modena until the unification of Italy, when it became the capital of the province. The Valli Theatre, the Cathedral, the Basilica of San Prospero, the Temple of the Blessed Virgin Mary of Ghiara are well worth a visit, as are the Town Hall and the Tricolour Hall: the Italian flag was presented for the first time in Reggio on 7 January 1797. In the surroundings of Reggio Emilia, there are also organized tours to visit cheese factories producing Parmigiano Reggiano. 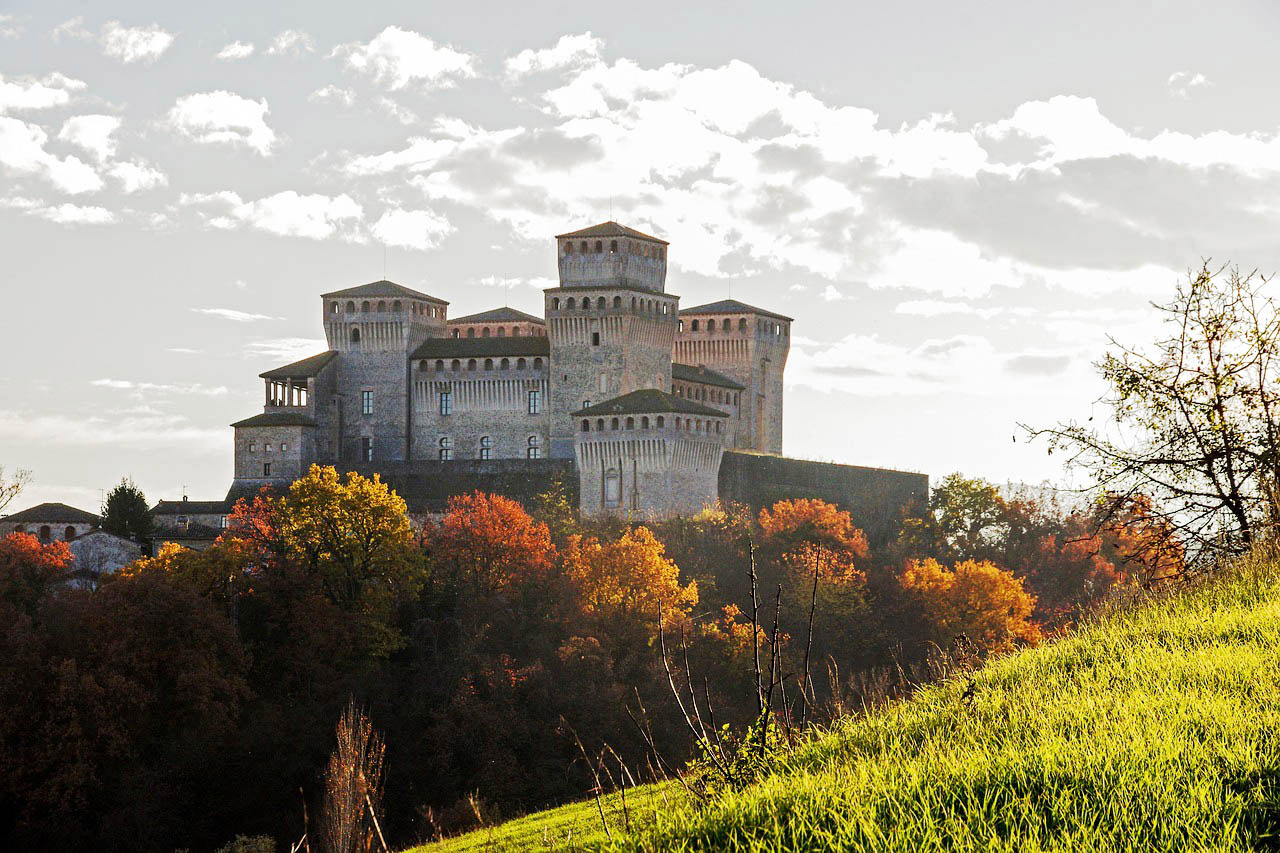 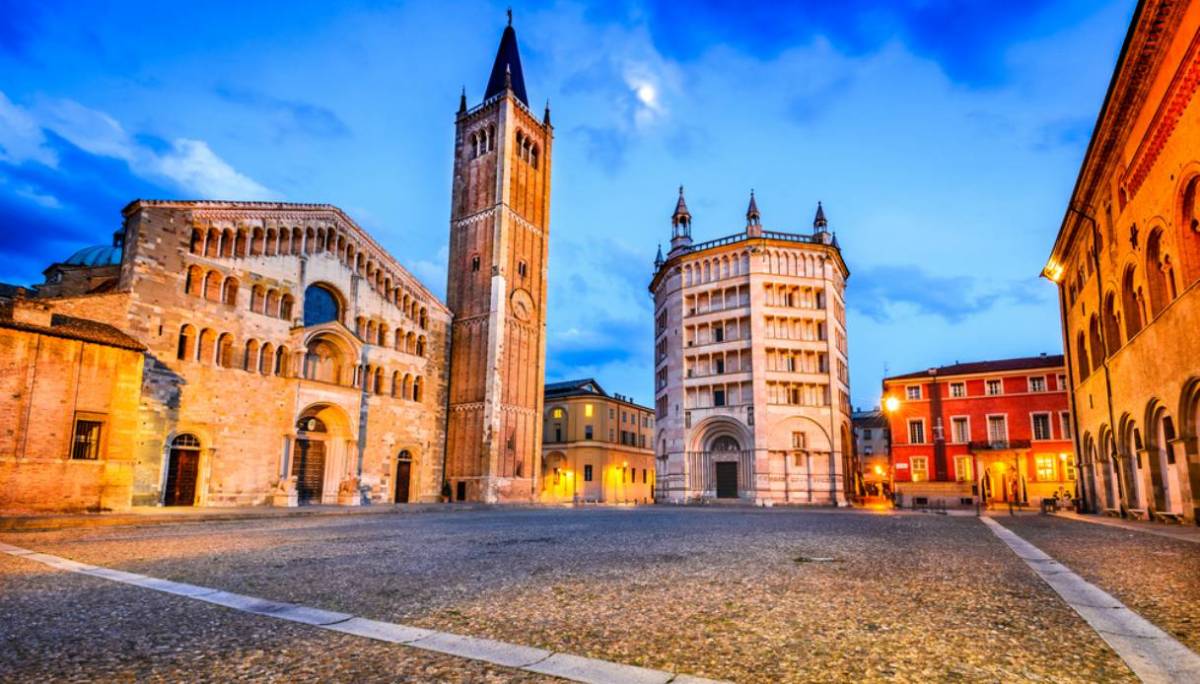 30 km from Park Montebello, you can visit the beautiful old city of Parma, which was also founded by the Romans: in 183 BC, along the important Via Aemilia, the Romans founded the two twin colonies of Parma and Mutina – Modena. At the end of the Middle Ages, it became the capital of the Duchy of Parma and Piacenza, ruled by the House of Farnese. The Bourbons succeeded them, and the Dutchy was ruled by Marie Louise, Napoleon’s second wife, under whom the Dutchy had an important role on an international level. The Romanesque Cathedral, the Baptistery, the Church of the Steccata, the National Gallery, the Palazzo della Pilotta and the Doge’s Palace are worth visiting. In the surroundings of Parma, there are also guided tours to visit salami factories that produce the well-known Parma Ham and cheese factories that produce Parmigiano Reggiano.

Castles of Parma
In 1999, the Association “Castles of the Duchy of Parma and Piacenza” was founded to preserve the fortresses and manors between the provinces of Parma and Piacenza. The Association includes 22 manors, and private owners and public bodies as founding, ordinary and supporting members, who aim at preserving these old places while offering the public the possibility to visit them. 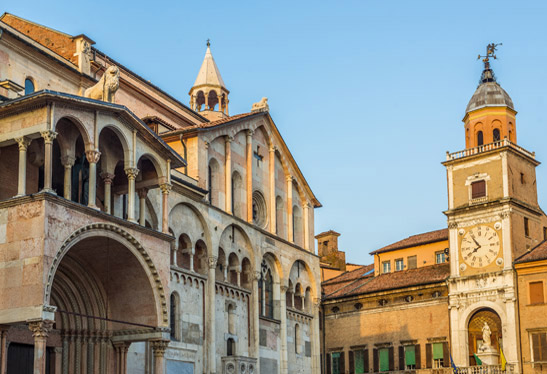 Modena was founded by the Romans, and today, it is famous for its well-known balsamic vinegar. Modena became the capital of the Duchy of Este in 1598. It took part in struggles between the Italian and European powers and was occupied several times by foreign armies. Among others, the Cathedral, the Duke’s Palace, the Town Hall and the Este Gallery are worth visiting. There are also guided tours to visit vinegar cellars and to Lambrusco wineries. 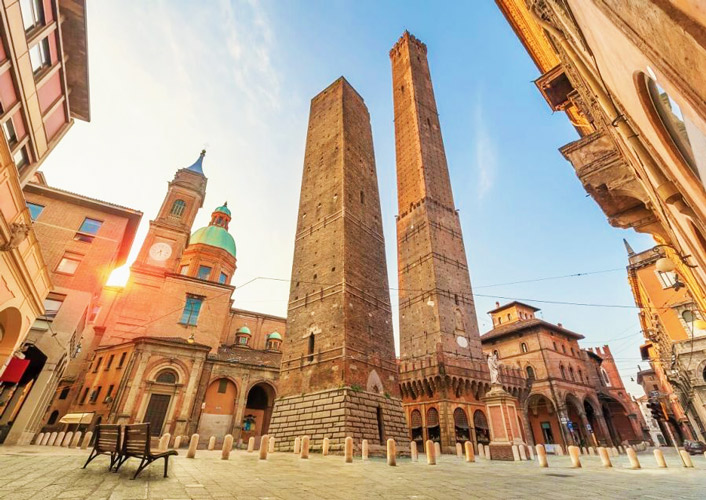 The city of Bologna, which dates back to the first millennium BC, was an important urban centre. It was first ruled by the Etruscans and Celts, then it was conquered by the Romans, and, in the Middle Ages, it was a free commune. It was the northern capital of the Papal State. In 1530, in the San Petronio Basilica, the coronation of Emperor Charles V by Clement VII was celebrated. The city remained in the Papal State until 1796, when the French troops arrived in Bologna with Napoleon. Then, it was annexed to the Kingdom of Sardinia, which later became the Kingdom of Italy, and it is now one of Italy’s cities that are richest in history. Piazza Maggiore, the two towers and a large number of museums, palaces and historic houses are well worth a visit, as is FICO, the largest food park in the world. 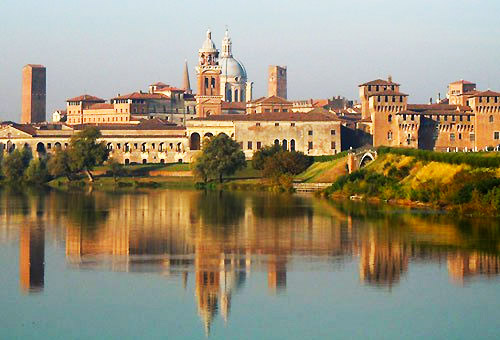 The city of the House of Gonzaga, listed by UNESCO as a World Heritage Site, is located an hour away from Park Montebello. There are three lakes in the area that surround the city in a semicircle. In Mantua, there are some of the most important monuments from the Italian Renaissance, such as the Duke’s Palace, the Palazzo Te, the Cathedral, the castle of San Giorgio, the Palazzo della Ragione, and the House of Mantegna.